Home / All Blogs / What is Kinetic Art?

What is Kinetic Art?

Kinetic art is always moving; either physically, thanks to motors, gravity, or other outside forces - or visually through geometric shapes and designs. And there are even more ways that artists can add motion: they could use a combination of both light and sound in their creations.

Motion is something we all experience every day - whether it's the blinking cursor while we're typing up an email on our computers, the leaves rustling when we walk past them during autumn time, or just the feeling of riding a bike down our neighborhood streets - so why not bring motion into everything we do?

Kinetic Art became its own formal category for artists after Marcel Duchamp created his iconic Bicycle Wheel in 1913, but these pieces weren't technically kinetic until some years later when technology allowed them to start moving without human interaction.

The evolution of kinetic art has been characterized by a handful of groundbreaking exhibitions, such as Mouvements in Paris from 1955, and Labyrinth at the 1963 Paris Biennale where the Groupe de Recherche d’Art Visuel (GRAV) displayed various types of kinetic and optical artwork. Kinetic art made its formal debut in Norway in 1968 at the exhibition Light and Motion in Kunstnernes Hus curated by Morten Krogh - hosting works from visual artists such as Irma Salo Jæger and Odd Tandberg. Henie-Onstad Art Centre followed up with the retrospective exhibit Julio Le Parc - highlighting Argentina artist's work with light, reflection, and interactivity; also hosting a major Jean Tinguely show titled The Future As We Remember It in 2009. Swiss-born Tinguely is considered a major player in kinetic sculpture due to his self-drawing machines, huge moving sculptures made out of scrap metal, and artistic happenings that could end with his artwork either exploding or burning up.

In Norway, Odd Tandberg was a pioneer in the use of acrylics, rotating discs, lasers, and sound-driven light. Bjørn Melbye Gulliksen has created machines that produce random complex images, and fantastical ball-bearing machines inspired by higher mathematics and carnival games, but always with a deeper meaning behind it all.

Kinetic art always had a close relationship with technology and science - even more recently, with ecology. Some pieces, like those by Moholy-Nagy and Tandberg, treated the machinery of their time (or an earlier one) respectfully. Moholy-Nagy even went so far as to say that reality was technology. He said that [t]o be a user of machines is to be the Spirit of this country. This reflects his viewpoint on how machines are replacing transcendental spiritualism from past eras. Alongside some other kinetic artists who treat their artwork as a means for social commentary about society at large, there are many works that bring up serious themes in an amusing way - thereby inviting reflection and discussion.

Interest in kinetic art peaked during the 1950s and 1960s. It has since fallen somewhat out of style as digital technologies and modern inventions such as video, computer animation and robotics became more mainstream. 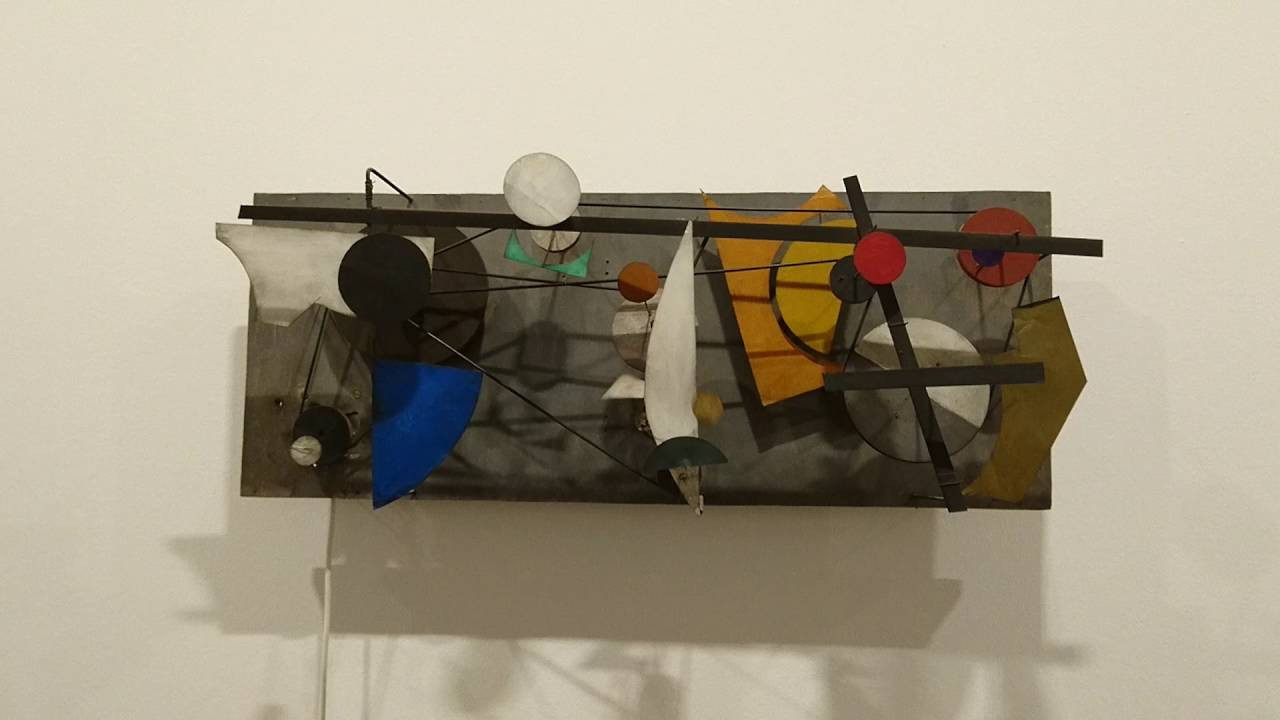 However, there are still some group exhibitions featuring one or more pieces of kinetic work from time to time. Norw17: Lydbasert Kunst comes to mind. The first exhibition solely for Kinetic Art by artists living in Norway didn't occur until two years ago in 2020 with kineticart.no's Live Remote Controlled Online Exhibition (KRCOE).

The fact that kinetic art often features interactivity and humor makes it an enduring favorite among all demographics. However, these very characteristics may distract some viewers who are seeking something deeper. A dedicated group of younger and older artists continues the tradition of kinetic art today by incorporating mechanics and electricity instead of relying solely on digital mediums such as computers or software programs. This renewed interest is not just happening in Norway but also internationally - examples include the Ghosts In The Machine exhibit at New Museum in New York City (2012) as well as 5000 Moving Parts which took place at MIT Museum (2013-2015). Furthermore, there are more international events aimed towards this type of artwork including the Kinetica Art Fair in the United Kingdom (every year), the International Kinetic Art Exhibit & Symposium in America (also every year), and the Meta Morf Bienniale festival in Trondheim, Norway.

Tagskinetic artkinetic art for salewall decorunique30unique home decor
Previous10 DIY projects you can make at home
NextWhat does a calm environment really do for us?