Home / All Blogs / The Story of Kinetic Art

The Story of Kinetic Art

Kinetic art comes from the Greek word "kinesis", which means motion. Generally, kinetic art consists of three-dimensional sculpture that moves naturally or is operated by someone else. Kinetic art encompasses many different styles and techniques, with its beginnings traced back to famous artists such as Claude Monet, Édouard Manet, and Edgar Degas during the late 19th century.

Between the 1920s to 1960s, there was a plethora of moving pieces and sculptures made. One of these notable artists was Alexander Calder who had great success in this time period. After producing "Arc of Petals" in 1941 - featuring natural movements due to air currents - Calder went on to craft many different types of kinetic artworks. Like many other modern-day experimentalists, he took inspiration from Dadaist thinking as well as techniques used in Cubism and Futurism painting styles; this helped him break down preconceived notions that art has to be unmoving.

A European artist and writer's movement beginning in 1915 characterized by anarchy, while emphasizing the role of chance. After Tristan Tzara thrust his penknife into a dictionary to find this new movement's name, it spread through Europe with events such as an exhibition where viewers could use axes to break up artwork and join the chaos. In what seemed like an act devoid of purpose, they felt compelled to do so because those impacted by WWI- widespread slaughter and violence-- couldn't escape so easily from this confusion. To raise awareness once more about war happening all around them-and for some; purely to piss off other artists--the movement that would eventually become Dada revolted against prevailing attitudes within society at large including complacency as well as fighting post-war nationalism from gaining traction after WWI came back around again 10 years later when WWII went underway.

To maintain the balance of his intricate works, Calder relied on mathematical formulas to successfully calculate appropriate weight and distance for each shape in his creations. He would then change these formulas so that all of his mobiles were originals and couldn't be duplicated by another artist.

Calder was a major figure in the field who essentially created two types of mobiles—object mobiles and suspended ones—and they came in an array of shapes and sizes. 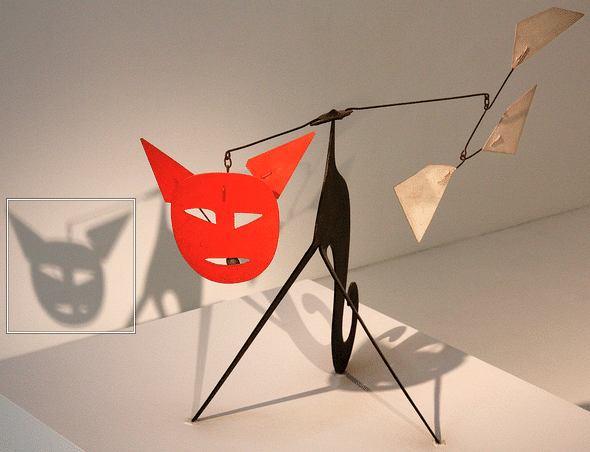 The central piece he made during this time period was Cat Mobile, which features a head at one end and a tail at the other end that are subjected to random motion.

The “Godfather” of Kinetic Art arrives.

Without a doubt, kinetic art's most famous figurehead is Jean Tinguely, a Swiss painter and sculptor who lived from 1925-1991. In school during his early years, he made several paintings out of metal scraps in order to attain a true understanding of motion. As an adult, he never lost sight of this goal and would often attach motors to pieces that caused them to rotate or break down—something other artists considered too risky for their careers. It comes as no surprise then that Jean Tinguely would quickly become seen as rebellious; however some expressionist artists went so far as labeling him a charlatan. He refused to create traditional easel paintings due to their lack of movement which led him to build his own machine called the Metamatic—a painting robot capable of cranking out up 20,000 abstract pieces daily! 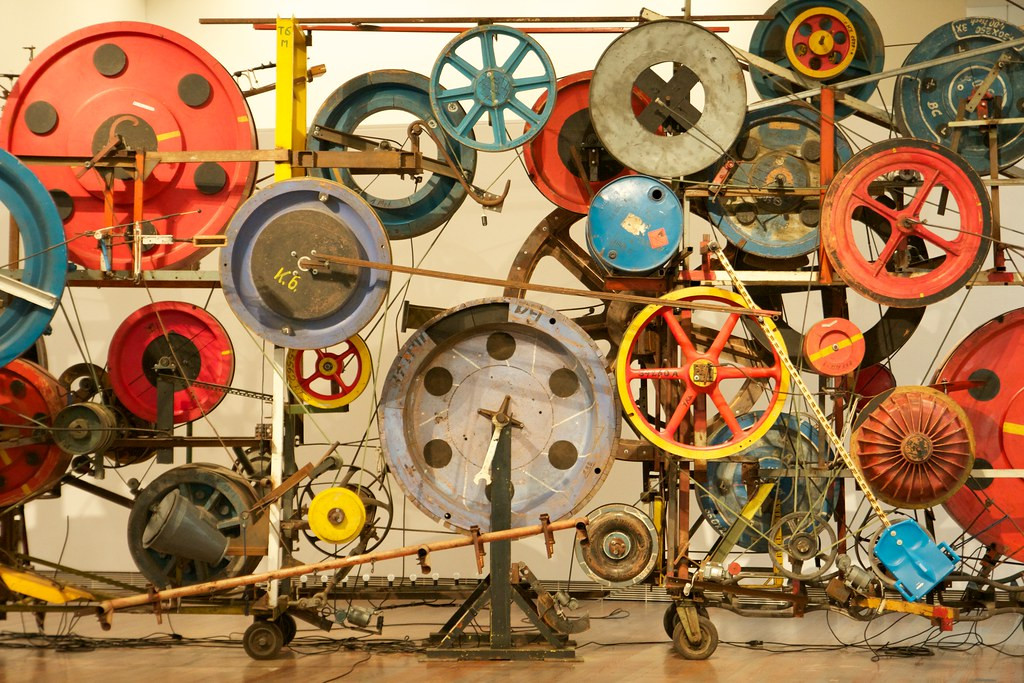 Despite criticism from other contemporary artists, Tinguely was immensely popular with the public, who rather ironically seemed to enjoy that his creations were mechanically imperfect. Some commentators point out that this erratic and unpredictable nature of movement actually helps reduce separation between man and machine.—Much like people—Tinguely’s machines are seen as interesting and amusing creatures instead of cold, mechanical servants.

Tinguely is inspired by Dada and uses this work to express an anarchic view towards machines, satirising their mindless repetition. His 1960 piece “Homage to New York” ends up destroying itself in a violent performance of sound and light, mocking society's attitude about technological value during this period. As for kinetic art in general at the time, it consisted mainly of allusions between machines and human beings - suggesting that humans are nothing more than irrational engines of conflicting desires; all we do is act irrationally.

Kinetic art was established as a major artistic movement

Movement-in-art burst onto the scene in 1960 when an Impressionist artist named Victor Vasarely created a series of Time Machine paintings (making use of automated machines). Followed by influential people such as Tinguely and Yaacov Agam, 1955's landmark “Le Mouvement” exhibition proved to be pivotal for both kinetic art and optical art. After that came the internationally successful “Movement in Art” reviews and biennales, which helped kinetic art gain traction during its early years; while moving away from painting towards other forms of fine arts. By 1965 “The Responsive Eye” came out and showcased how “Op-Art” influenced future movements, which left guests entranced by what they saw. 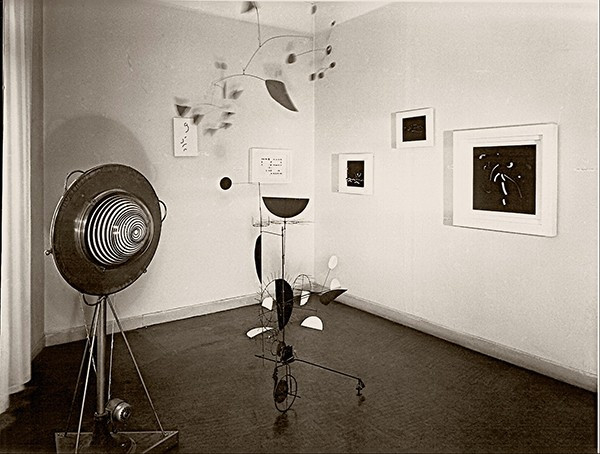 By 1970, four distinct styles had emerged - junk art, made famous by Tinguely; mobile art pioneered by Calder; light-based work such as Laszlo Moholy-Nagy's pieces; and illusionistic Op Art. While Op Art quickly gained momentum in the late 1960s, Kinetic Art became stagnant and boring - instead of looking at it as an opportunity to be creative while defying society norms (like it once did), people would see it now as a norm among the societal elite. As time went on and more people became interested in Op art while kinetic art stagnated, Kinetic art then lost all interest altogether.

Today, Modern Kinetic Art has become more of a muse than an all-encompassing force for artists.

Today, kinetic art can be found in many different places across the world, but some notable institutions include: