Orgonite Pyramid of Shredded Quartz is also known as an energy tower, in which the basic components include: Crushed Quartz stone - metal piece-bonding glue, you also see a cylinder wrapped by a thread. copper wire is the antenna used to attract and absorb bad wave sources, helping users avoid bad energy around.

Based on the external appearance, we can also see the composition of the Orgonite Pyramid including Quartz Shredded, metal. Thereby forming a unique product, which is not only beautiful but also contains an energy source that can support human life well, through healing and balancing energy in the body. 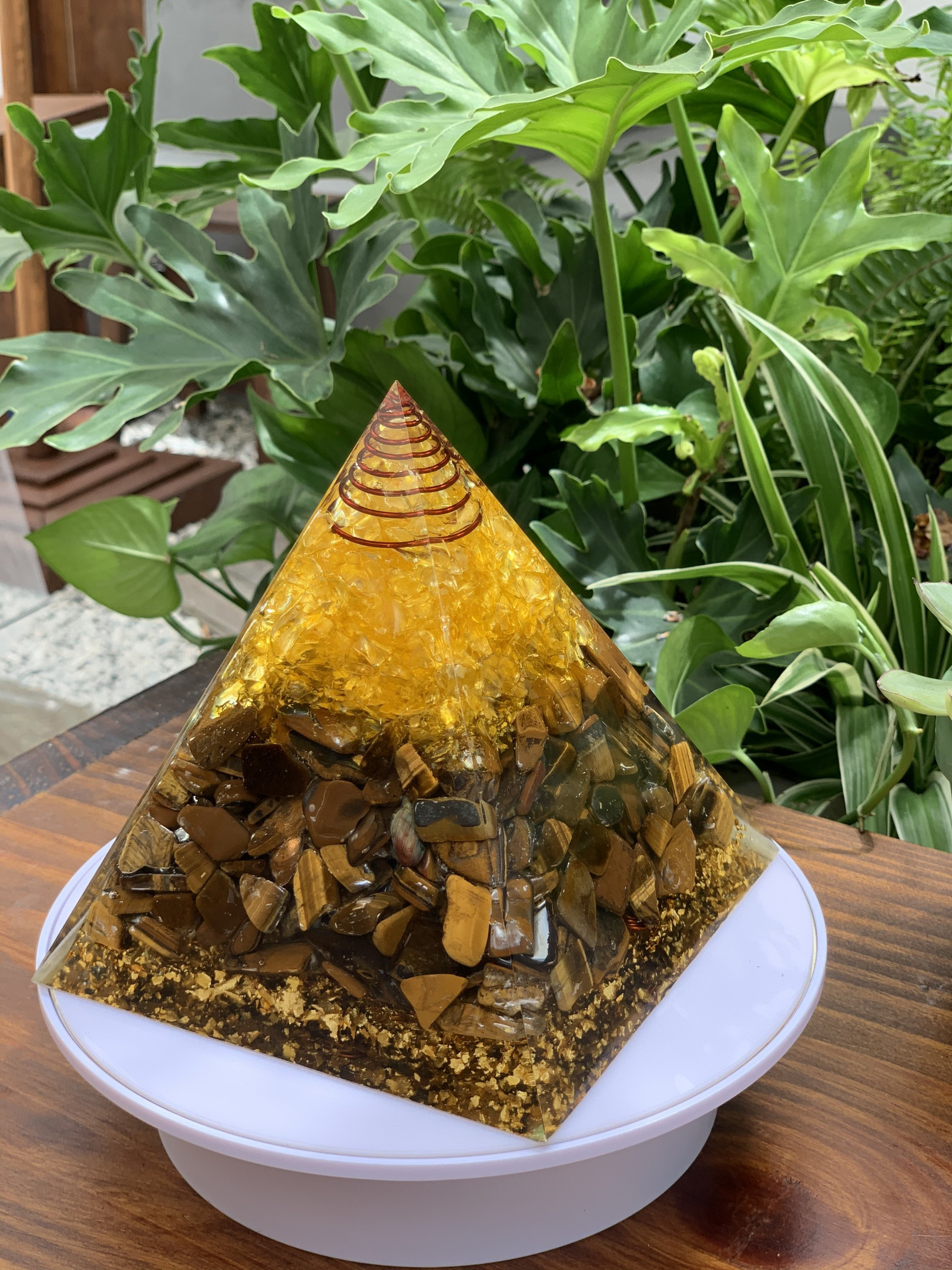 Orgonite Pyramid products will have the shape of a pyramid, or more simply a cone, but the special thing is the exact proportions. Thanks to the simple structure and affordable price, the product became popular, as well as used in many different forms.

Based on such data, the use of the Orgonite Pyramid will bring good luck, because the power is drawn internally from a variety of natural materials. In which the product will transform bad energy into positive, stabilize emotional and physical, support healing, and balance bio-energy.

The origin of the Orgonite Pyramid was researched by an Austrian doctor who realized that the pyramid shape, together with the combination of these natural sources, creates an attractive and organic product. Keeps energy, moreover enhances good qi and prevents negative qi.

Based on the raw materials Crushed Quartz and Metal are from nature, so the energy is also purer and stronger.

When using Orgonite Pyramid, the metal material will absorb and push away the bad gas, and create protective energy around it. 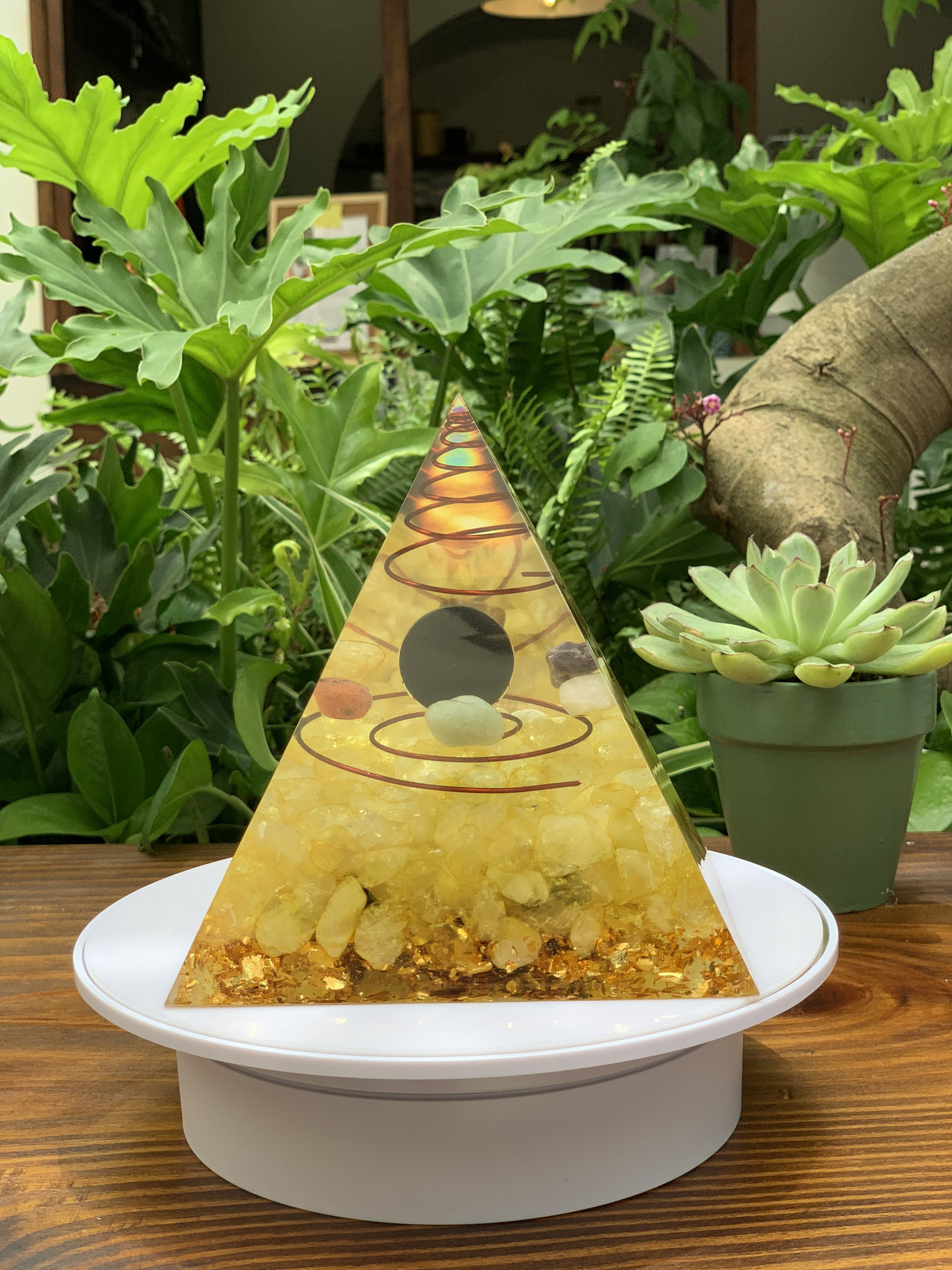 The way the Orgonite Pyramid works is to allow negative energy to move in the product, which will then collide with the electromagnetic radiation emitted by the metal and crushed Quartz Crystal. Thereby creating a harmonious source of gas and exuding from the Orgonite Pyramid product.

The active system of the Orgonite Pyramid can act on the chakras, clear the blockages of the energy flows, used to treat some psychological diseases such as mental illness.

Orgonite pyramids are used as a tool to block radiation in the environment, much of which comes from today's smart electrical devices. As technology advances, the environment is increasingly polluted by electronic radiation that is invisible to humans, so Orgonite Pyramid is a product to help protect you from this.